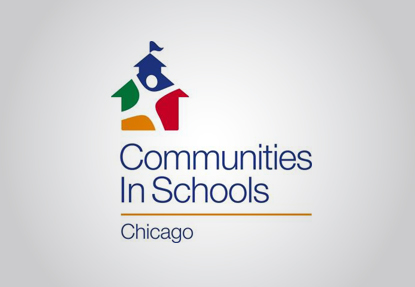 “For Communities In Schools of Chicago working with Melcher+Tucker Consultants was like having a “third eye” with regard to understanding how to tell the story of our work supporting public school students. They have tremendous insight in forecasting which stories will resonate with Chicago media and beyond, and worked collaboratively with our organization, and our school and community partners, to develop rich, authentic stories that would raise our profile.”

Communities In Schools of Chicago

Communities In Schools of Chicago (CISC) is a leading education nonprofit, which seeks to remove barriers to learning and success for public school children by creating partnerships between community organizations and schools to address social, emotional and health needs. As part of a new strategic plan to increase the number of students and schools served by its programs, CISC sought to strengthen its brand recognition and raise awareness among donors, public officials, school leaders, nonprofit executives and the media.

Melcher+Tucker Consultants, working with CISC’s executive director and development director, undertook a thorough review of all communications materials, conducted interviews with board members and school and community partners to gauge understanding and awareness of mission and strategy, and created a multi-tiered plan to build visibility. MTC advised CISC’s leadership on creating talking points and marketing collateral for staff and board members, helped shape case studies and focus messaging, and assisted in developing and writing a new series of research reports on topical social-emotional issues illustrating CISC’s expertise. MTC developed media lists, an editorial calendar and a series of story ideas designed to underpin CISC’s distinctive partnership strategy.

Through introductions to Chicago and national education reporters and editors, CISC’s executive director is recognized as a valued expert on the challenges facing public school students. Letters to the Editor have been published in the Chicago Tribune and Op-Eds in Crain’s Chicago Business. Program profiles and leadership interviews have been featured on WTTW’s Chicago Tonight and in the Chicago Tribune. Research reports on violence in schools and unmet mental health needs among school children led to Op-Eds and features in Catalyst, the leading education publication, and were widely distributed to all key CISC stakeholders.